Nipple is the New Black 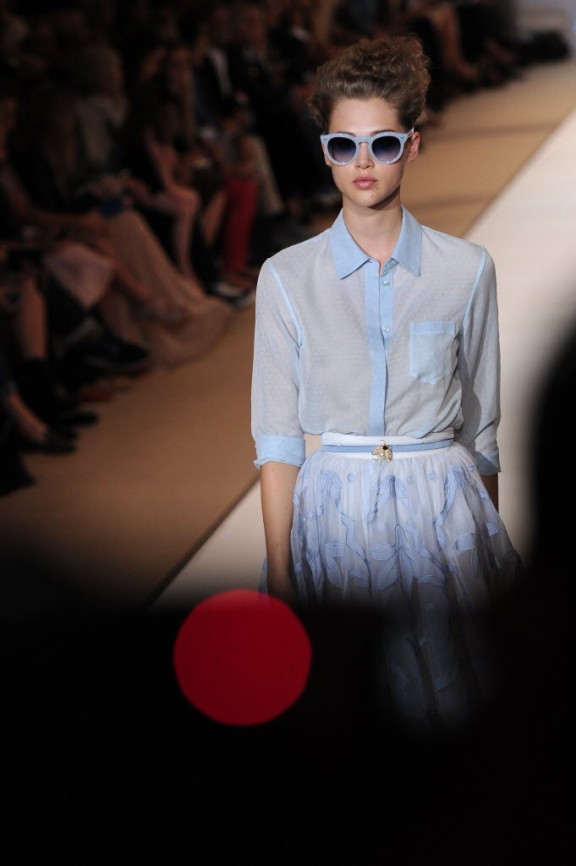 I had a friend who was always very fond of saying “nipple is the new black.”  This was about three years ago, and while I thought she did have a point at the time, I’m not sure I could have anticipated the current reality of boob trending.  And I’m not saying I’m exactly complaining.

Since high school, I was the A-cup with the best friend who had double Ds.  We were quite a pair (ha, ha…).  She never had to try for cleavage, whereas mine was nonexistent.  I wasn’t into the idea of faking cleavage, and I resented brands like Victoria’s Secret that assumed all girls with anything smaller than a B-Cup desired huge boobs.  I hated scouring racks of bras in their stores for an A-cup that didn’t have padding and wouldn’t give me the dreaded table-top boob.  Because the truth is, I love my small breasts.

This is why, for me and my small-chested friends, the nipple and side-boob revolution is exactly that–a revolution.

If you have small breasts and have never chosen to fake it with cumbersome padded brassieres, you know that there are other things we have at our disposal when we want to feel sexy.  I’m citing plunging necklines, slivers of lace bralette peeking out from tops, and the ability to go sans bra, though the latter is usually an exercise in comfort rather than a strive for sex appeal.  I found ways to look and feel sexy without bearing cleavage in which a small dog could get lost.  (Let’s assume it goes without saying that a woman’s sex appeal does not lie solely in her cup size, or looks at all, but for the sake of this conversation, let’s also assume we’re all human and vain).

Tara Dalbow wrote a piece on Man Repeller yesterday suggesting boobs may not be taboo anymore, something that excites me and scares me at the same time.  Her example of a topless Lake Bell in a magazine being the subject of a non-boob discussion among men is fantastic in my opinion, because yes, boobs are simply boobs, nudity shouldn’t be a big deal, yadi yadi yada.  I applaud any man who can have a conversation about that photo that doesn’t have to do with Lake Bell’s bust, but maybe I need to raise my expectations of men.  However, this doesn’t necessarily mean I’m looking to see transparent shirts on everyone (or no shirts at all).

Nipples are definitely in.  If you don’t believe me, just check out the Tumblr dedicated to them.  It used to be relegated to high fashion runways and photo spreads, but now it’s pervasive.  Even Everlane, whose silk shirts were a subject of an earlier piece, has their classy, sexy model clearly going sans bra.  As Dalbow points out: “It’s not a photo shoot unless there’s nipple and it’s not an outfit without some sideboob.”

There are a lot of fashion trends that walk a fine line between trashy and sexy, a line that needs to be navigated with finesse and subtlety.  Nipples used to scream “obvious” to me, but not so much anymore.  That could be because I’m living in L.A. where both the physical and social climates allow for the sought-after side-boob, but I think this is a thing that’s happening pretty much everywhere.  After all, one of my first friends to make side-boob a habit lived in Michigan, a place of relative conservatism and not-so-warm weather.

But, like I said–it’s a fine line.  When walked correctly, it can be–dare I say it–chic.  The opposite is also true.

It’s no secret that a significant part of sex appeal is leaving something to be desired.  That’s why the side-boob is so alluring–it gives just a hint of what’s underneath, a small, soft swell of flesh that suggests something more.  Essentially, the side-boob is cleavage for small-chested girls.  Which is probably why I love it.

The same applies to nipples.  When done right, it’s carefree and sexy as hell.  But this applies when done in moderation, and in the right context, i.e. NOT funerals, corporate meetings, etc.  It’s alluring and suggestive.  It’s the shadow of a rise of nipple underneath a loose shirt, not the tan of areola under mesh.  Leave that for the runways, at least for the time being.  Who knows how comfortable we may all be with ourselves next year.

Right now, let’s just take guesses on how long it takes for crop tops to make under-boob a thing.

Lately on The Wrong Coast