Why Wrist Watches Are Still Relevant

As a kid, I never had any interest in owning a watch, and as the years went by and technology made them more and more superfluous–who needs a watch when you have a cell phone/tablet/laptop on you at all times?–I felt even less inclined to invest in one.

Then I grew up and kind of realized there are a lot of fashion pieces that don’t serve much of a purpose besides, I don’t know, being fashionable.  And one thing about watches that remains true–even more so today, perhaps, than in the years before smart phones–is that they’re status symbols.  They’re pieces of luxury and tradition.  It’s a key accessory not unlike a staple handbag or sunglasses, or a signature perfume/cologne.

The thing is, that feeling is growing–which is surprising in an age when time is always at hand, so to speak.  As watches become more and more unnecessary, people have become more and more determined to demonstrate that they don’t care.  They’re going to spend hundreds and thousands of dollars on watches for the sake of having a time-honored wardrobe piece that, if no longer an essential practicality, is exemplary of one’s signature style and one’s place in the world. 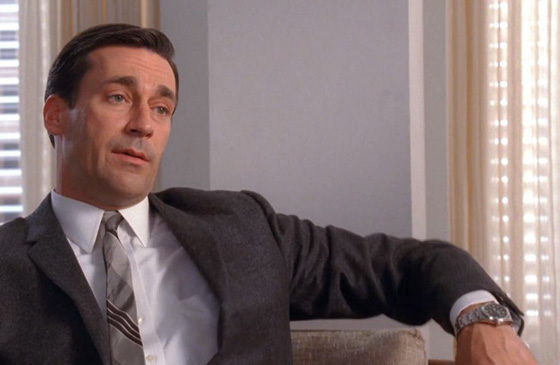 A focus on retro style has no doubt influenced the return to timepieces.  Mad Men’s popularity influenced the fashion scene in various ways–Banana Republic had a line explicitly inspired by the hit show–causing Timex to look to its archives for inspiration for classic styles that might be seen on iconic characters of the past.  Like vinyl, vintage stores, and a nice old fashioned, wristwatches have become a symptom of the current romanticizing of days gone by.

Timex went one step further and created Timex Style Watch, a facet of the brand’s marketing that includes Twitter and Instagram accounts focused on fashion trends, accessorizing, and outfit coordinating.  Their Facebook page bears the slogan “Wear it well;” here, the focus is not so much on having one grossly expensive watch to wear as your signature, but more on the notion that watches can be interchangeable according to different looks, just like any other accessory.  It makes watches, like accessorizing, fun.

But if brands are trying to keep sales on the up and up, they have to ensure that a new generation of buyers is at the ready–particularly important when the younger generations ban barely remember life before smartphones.  This is where color, style, unique design, and special features come into play.  The focus is less on function and more on style.  Conversely, companies like Apple and Google have plans in the works to increase the functionality of wristwatches, but that’s another story.

As its functional value dwindles, the wrist watch’s value as an accessory only grows–the less necessary, the more it’s a luxury.  The watch is becoming less and less a practicality and more and more an accessory that just so happens to be practical.  And I think that’s just dandy.

Lately on The Wrong Coast